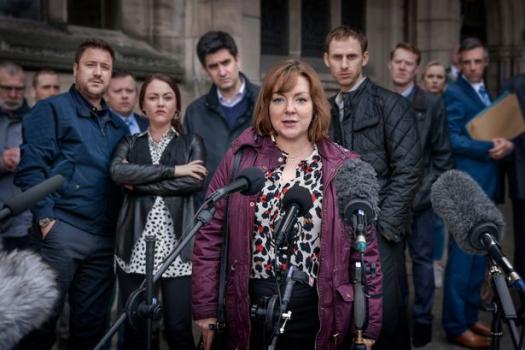 Last month, inquests of victims Anthony Walgate, Gabriel Kovari, Daniel Whitworth and Jack Taylor revealed failings from the Metropolitan Police which contributed towards the deaths of three of the victims of Stephen Port, known as the 'Grindr killer'.

Between June 2014 and September 2015, Port killed four gay men after providing them with a fatal overdose of GHB, commonly referred to as the "date rape" drug. Despite striking similarities within all four deaths, detectives failed to link them, resulting in further incidents that could have been prevented.

Since the inquests, Scotland Yard have apologised for "huge mistakes" made at the time, however, no officers to date have been dismissed in response to these actions.

"It is so disheartening to see that four young gay mens’ disappearance and subsequent murders appear to be of such a low priority for some within our Metropolitan Police that they failed to carry out even basic evidence gathering. Nor did the police, in their handling of these atrocious acts, issue any warnings to the gay community which may have prevented further harm.

"Consequently, we support the campaign for a full public enquiry into the deaths of these four young men and what we believe are the homophobic views within the police that added to the ineptitude of the investigation."

The story has been brought to life in a new three-part BBC series entitled "Four Lives", which aired Monday 3rd January - Wednesday 5th January 2022, at 9:00pm each evening.