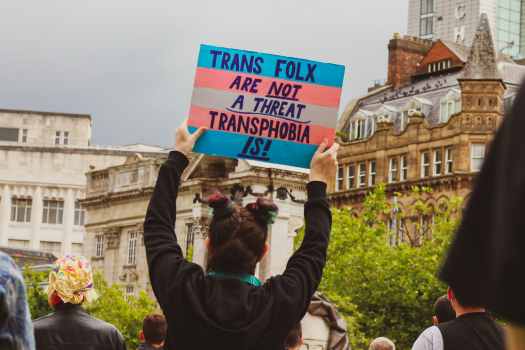 Following an apparent change in instance of the EHRC on trans rights, many organisations and individuals are concerned that the EHRC is no longer acting in the interest of everyone in protecting and upholding human rights. With a lack of independence from daily politics being seen as a possible cause for this failing.

Recently the EHRC recommended that Government should proceed to legislate for the banning of conversion therapy only in relation to sexual orientation, citing a need for more evidence before legislating for similar protections for trans people.

The EHRC also recommended that 'more detailed consideration is needed before any change is made to the provisions in the [Gender Recognition] Act', in response to reform proposed in Scotland to make it easier for trans people to legally change their gender.

As an internationally recognised National Human Rights Institution, the EHRC must uphold a set of minimum standards - known as the Paris Principles. There is concern that these recent statements undermine the human rights of trans people and that the EHRC is not sufficiently independent of the Government, and therefore no longer meets these minimum standards.

"As an organisation that has championed the rights of LGBTQ+ people since 1984, we are extremely proud to stand in solidarity with Stonewall UK, The Good Law Project, and dozens of other LGBTQ+ and trans focused organisations in this international call for the United Nations to review the EHRC's 'A' status as a National Human Rights Institution.

"We welcome and support Stonewall's submission of evidence of how the EHRC is falling short of international standards, and continue to stand in solidarity for the rights of all trans people.

"Furthermore, we call upon Prime Minister, Boris Johnson to ensure that trans people’s long-established rights under the Equality Act are protected."

You can join us in supporting this international effort by campaigning here in the UK by signing Stonewall's petition.