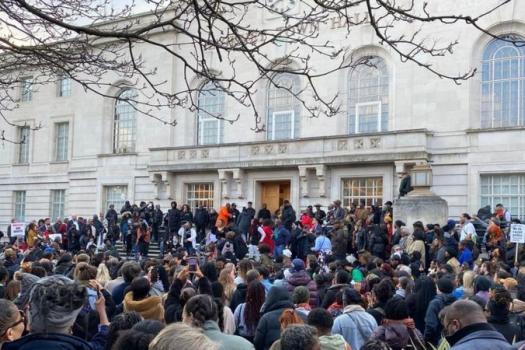 We remain outraged by the actions of the two serving MET police officers whom strip searched a 15 year old-child on suspicion that she may be in possession of cannabis. These actions were unacceptable, unjustified, traumatic, and remain a chilling reminder to us all of the ongoing systematic racism children face both in school and at the hands of the police.

Following the National Education Union's annual conference, we join the union and teachers nationwide in our deep concern. We stand in solidarity with union members in calling for government guidance advising police should only be called as a last resort, along with anti-racism teacher training.

Additionally, we call upon the union to acknowledge institutional racism in education.

Schools should be places of nurture and respect for children but all too often we are told by the young people we work with that this is not the case. Children, especially Black and minority ethnic children, are increasingly criminalised rather than supported. We firmly believe schools need more youth workers, and more youth support, not more police presence.

Looking to take action? We recommend you sign the Change.org petition.