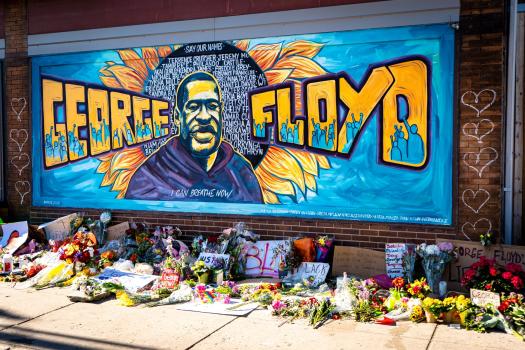 Yesterday, former police officer Derek Chauvin was found guilty on all charges of killing George Floyd. The 12-member jury in Minneapolis, Minnesota, announced their verdict after less than a day of deliberation. His sentencing is likely to happen in two months and he could spend decades in prison. Although Chauvin may well appeal his sentence.

"The conviction of Derek Chauvin represents a key milestone in ensuring justice for George Floyd and his family, but also a turning point that demonstrates clearly that America will not tolerate this behaviour from its police. A message that will be echoed around the globe. We know that many of our service users, volunteers and staff have been deeply impacted by this terrible murder.

"We know nothing can bring George back, or correct decades of over-policing of Black members of our communities, but this is a welcome and symbolic step in the direction of justice and much needed systemic change. Change that we hope to see in the US, as well as here in the UK and across the world."

Previously, police officers have rarely be convicted or even charged for deaths that occur in custody, of which a disproportionate number are deaths of Black people. The verdict of this trial indicates that the US legal system is ready to start holding perpetrators to account.