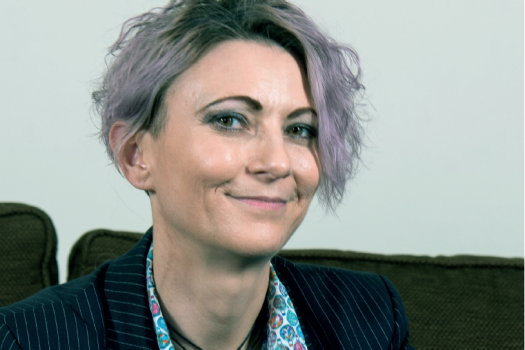 Why are misogyny motivated crimes classed as hate crimes?

Women’s fear of crime has been described as “one of the most oppressive and deceitful sources of informal social control of women” (Madriz, 1997, p. 393).

It's not just about the crimes, offences, abuse, sexual violence stalking, harassment etc...it's about the fear of that happening, the fear based on previous experiences - that prevent those who identify as women being able to live their lives freely, without restricting and altering self-behaviours based on those fears.

Crimes motivated by misogyny have always existed and do exist every day whether they are recognised and recorded or not, and as we know, misogyny is also at the root and at the very core of homophobia and transphobia too.

The fact that its taken until the year 2021 until it will be recorded as a hate crime says more about our patriarchal society, the normalisation of sexual harassment, rape culture and acceptance of violence towards women and girls...than those who have been tirelessly campaigning to challenge it by bringing it into law.

It's not really a surprise when it was still legal to rape your wife in the UK up until a court case in 1991.

The illegality of rape within marriage was finally laid out explicitly under the Sexual Offences Act 2003.

And to this day, surveys reveal that people are still confused about whether non-consensual sex constitutes rape or not.

So...what is a hate crime anyway?

A ‘hate crime’ is defined by the Crown Prosecution Service and police forces in England and Wales as:

And as from Autumn 2021 onwards all Police will record hate crime offences and incidents motivated by hostility against women as misogyny hate crimes.

This will be on an experimental basis to be reviewed.

The Police will be asked to identify where a victim believes a crime has been driven by “hostility based on their sex”.

This process of recording is intended to collect misogyny hate crimes in order to provide critical data to better understand the scale of the issue, and in the hope of finding ways of preventing them in future.

So why haven't we heard an abundance of celebratory cheers about this momentous breakthrough I hear you ask...

In the period from April 2016 to March 2018, 174 women reported misogyny hate crimes. Of these, 101 were recorded as hate incidents – when a report fails to meet the threshold for a criminal offence, and just one resulted in a conviction.

This will come as no surprise when rape convictions are at a record low.

Secondly, male culture dominates the Police force, with the role of chief superintendents showing the highest rate of male representation, with 77.5 percent of inspectors being male, as of March 2020.

A report from Unison looked at the incidence of sexual harassment within the forces:

Misogyny?
'a hatred, dislike, or mistrust of women, manifested in various forms such as physical intimidation and abuse, sexual harassment and rape, social shunning and ostracism, etc.: the underlying misogyny in slut-shaming. ;Historically witch hunts were an embodiment of the time. - ingrained and institutionalized prejudice against women; sexism.' (Dictionary.com)

Misogyny is historically embedded, consistently becoming trivialised and dismissed throughout our lives, having its own misogynistic way with us all, and there are elements ingrained into all of us, (regardless of gender identity) and it's woven into the fabric of our society...so much so that we are often blinded to it.

The daily drip of misogyny and the oppressional fear it creates affects our mental health and prevents us all from living our best lives.

Misogyny is a big big problem...bigger than including recording misogyny driven criminal offences as a hate crime.

Those who continue to experience misogyny motivated hate crimes may not even recognise them as such - should that grope on the bus be reported? That's happened many times before, it's just how it is.

Will the police think to ask whether it was thought the crime was motivated by misogyny?

Will anyone report anything at all?

Well, it's a welcome start...having the misogyny hate crime box to tick is definitely a move forward and a great campaign achievement.

It will be interesting to see how this will be implemented and translate into practice, as we know so many hate crimes already go unreported, underreported, unrecorded/misrecorded and therefore often unrecognised...and until we have data and evidence of need, we won't have funding for services to prevent misogyny motivated crimes in the future.