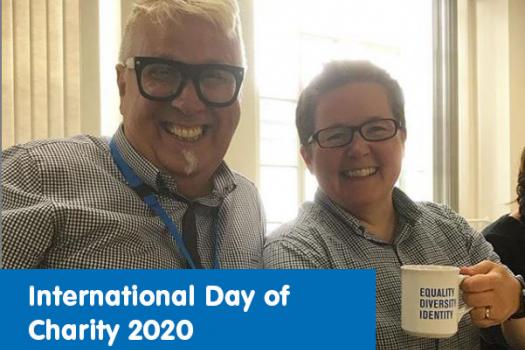 METRO has been serving people and communities since 1983 but has only been a charity since 1992.

While technically we became a charity, registered with the Charity Commission in 1992, we were providing services for over a decade prior to that.

For many years, even after registration, we debated internally about how we should present ourselves to the world. For a long time we called ourselves the METRO Centre. When describing ourselves to others we would say we were a community organisation, or a third sector organisation, or a community group. It was not until 2012 that we embraced the name and character of METRO Charity: it was when we became very clear about our purpose that we felt confident enough to own the label of METRO Charity.

For METRO, our purpose is political. I use this word deliberately, and specifically. We are not party political, but equally we are not apolitical. We embrace difference, and we advocate diversity. In a world where COVID affects people and communities so disproportionately, where Black Lives Matter is a call for radical change and where gender is so very contested, difference and diversity are charged words and concepts, and they are political. As a charity, we know where we stand and we know the difference we want to make: this is our true charitable purpose.

We can make this stand to celebrate difference and advocate diversity because we are a charity. We can choose to focus our energies and provide services to the most marginalised and disadvantaged in our society because we are independent but also because we are democratic.

As a charity, our work is shaped by the people we support, and driven forward by two groups of people: our members and our volunteers. Our charity is constructed so that the people who work for us also decide how we will be governed and who will be our governors or our Trustees. This simple act of empowering those who give their time as staff or volunteers defines us as a charity – and really makes all of the difference. This is not how the public or private sector generally works – but it is how many charities work. Ownership. Empowerment. Purpose.

Being clear about our purpose and our direction has emboldened us to support other charities. In the last ten years, we have merged with the Harbour Trust, Positive Parenting and Children, Greenwich Action for Voluntary Services (GAVS), Greenwich Action on Disability (GAD), St Peters House Project and Voluntary Action Lewisham (VAL) – and while our identity shifts with each merger, our charitable purpose remains the same. In addition to merging, we also support many other charities to fulfil their charitable purposes, giving of our expertise and generous with our time.

So on this International Day of the Charity, in this complex and difficult year, with so much changing around us, let’s celebrate the contribution of charities working at the edges and on the front, and organising and operating to give purpose and meaning and hope to so many people and communities.