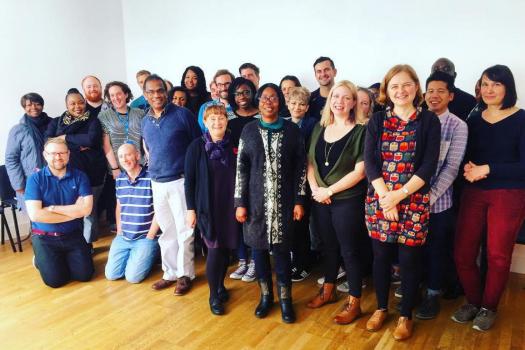 Ten years ago today the Equality Act came into law.i Legislating for a raft of equality issues in one act of law, the legislation was the culmination of decades of campaigning and swathes of various individual pieces of equality law.ii  Contextualised in the Labour government’s creation of the Government Equalities Office in 2007,iii  we can see this social and political movement in the UK stemming from struggles for enfranchisement by working class men in Britain in the nineteenth century, by women suffragists in the early twentieth century, then in the second wave of feminism with key issues such as equal pay for women, and the movement to decriminalise homosexuality in the 1950s. These struggles were joined by the social and political imperative to combat racism and achieve race equity in the 1960s and beyond.

At METRO we are reflecting today on the significance of the Equality Act of 2010 in the context of the launch of Black History Month 2020 and the ongoing impact of the Black Lives Matter movement. Also, we see the health inequalities exposed by COVID-19 in relation to many aspects of the rainbow of equalities and identities that focus our vision as an organisation to ‘embrace difference’ and our work as an ‘equality charity providing health, community and youth services in England.’

As a charity founded on countering some of the discrimination faced by lesbians and gay men in the 1980s through community provision and development, our long and proud LGBTQ+ heritage is central to how we relate to the concept of equality and the significant progress that has been made in this sphere of rights and equalities in the UK and abroad. Our recent response to the UK Government’s stasis in revising the Gender Recognition Act is a reminder of how far there still is to go in terms of many equalities in the sexual orientation gender identity (SOGI) spectrum here and abroad.

Since 2008 the expansion of our constitution to provide services to ‘anyone experiencing issues relating to sexuality, gender, equality, diversity and identity’ has broadened how we approach the many and complex facets of equality. Reflecting on the Equality Act legislation itself, its mandate to reduce ‘socio-economic inequalities’, to address ‘discrimination and harassment related to certain personal characteristics’, ‘eliminate discrimination’ and ‘increase equality of opportunity’ are all drivers for the services that we have provided historically and that we continue to develop today. Services that focus geographically in areas of economic deprivation such as where we are based in Woolwich, in the Royal Borough of Greenwich, and services that address discrimination and harassment such as our LGBTQ+ hate crime support work in the London boroughs of Croydon, Greenwich, and Lewisham.

METRO’s growth over more than three decades has been shaped during the last decade significantly by four mergers that have hugely enriched our approach to equality and inequalities.

Our merger with the Harbour Trust in 2010 widened our provision of support to People Living with HIV (PLWHIV), encompassing the needs of gay and bisexual men and trans people with heterosexual service users from a range of African communities in south-east London. PLWHIV were also central to the 2016 merger with Positive Parenting and Children in which the needs of Black women who are lone parents still predominate in the provision of support for them and their children through our HIV Family Support Service.

In 2017, Greenwich Action for Voluntary Service joined the METRO family, deepening the scope of our engagement with the voluntary sector in the Royal Borough of Greenwich in understanding the inequalities experienced by Nepalese communities, local people with a learning disability and residents with mental health issues in ways that have only sharpened our focus on ‘equality of opportunity’. Our merger with GAD in 2019 has focused our equality lens on issues experienced by disabled people such as the challenges of processing benefit claims in the context of COVID-19 and the need to re-shape public services that are inclusive, accessible and co-produced to create a more equitable society.

Most recently, in 2020, we completed our merger with Voluntary Action Lewisham, further expanding our strategic equalities work in Lewisham, alongside our frontline services offer. We look forward to being able to re-open the Mulberry Centre as a hub for equalities in the community and for the voluntary sector.

Across all of these services we strive to improve opportunity and reduce discrimination based on the inequalities that our service users may experience on the grounds of their sexuality, gender, HIV status, and race, or being disabled, as well as intersections of these identities with income inequalities. We strive to shift to a position where people achieve their aspirations and society values and celebrates difference. We also work with partners including local authorities such as the London Borough of Lewisham as the consultant for realising its Strategic Equalities to comply with the law that the Equality Act 2010 has enshrined for the public sector.

During October, we will be exploring equality across key areas of our work – looking at the progress made and the priorities for moving further forward – and all in the context of the COVID-19 pandemic. We look forward to sharing our equality insights throughout the month and continuing the vital conversations, service delivery and activism around equality, diversity and identity.