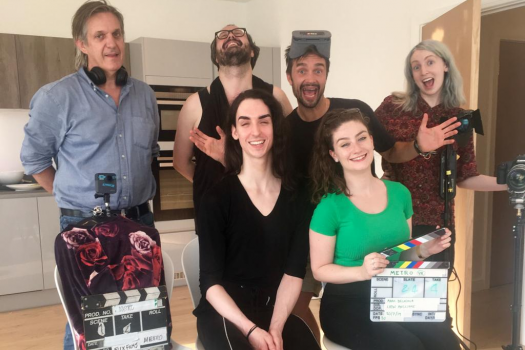 Our Video Interaction on Disclosure project, or VID for short, is a series of interactive 360 videos allowing viewers to immerse themselves and experience and explore HIV disclosure between young people. The project was funded by Comic Relief and filmed in partnership with Flix Films.

The three films – each featuring a different scenario (school, family and dating) have the viewer as the person who chooses whether or not to disclose their HIV status, with the option to choose different outcomes, both positive and negative.

The films are a learning resource, and can be accompanied with training resources for use in education and employment settings.

Our Mark Delacour, Director of External Affairs, said, “The films are for both young people living with HIV, enabling them to test out different reactions in a safe, virtual space, and for young people who are not living with HIV to see how their reaction to a disclosure can really make a difference to their peers. The films show how disclosing your HIV status can be positive experience when people have informed responses.

“It’s really important that we continue to educate people about HIV as there is still a lot of misinformation about the virus around. Today in the UK, people living with HIV and on effective medication have the same life expectancy as someone without HIV thanks to that medication reducing people’s viral load to a negligible amount. When someone’s HIV viral load is undetectable - that is, too small to be detected - they can’t pass on the virus.

“We are really proud of these films and the impact they will make and are excited to share them with you!”

All three final videos are available on our YouTube channel – and they come with a trigger warning.