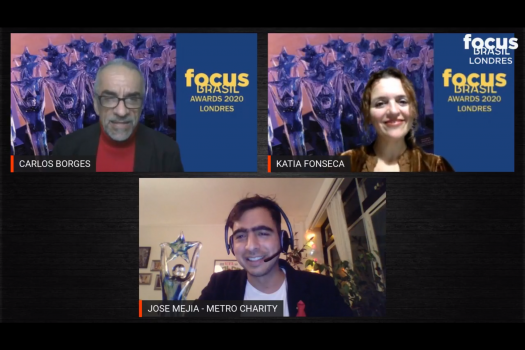 METRO Charity has received a 2020 award from the Brazilian foundation Focus Brasil, recognizing our programmes working with Brazilian communities in the UK. The award was received by METRO’s HIV Peer Support Manager Jose Mejia at an online awards ceremony on Sunday 8th November.

METRO runs a number of programmes aimed at Portuguese and Spanish-speaking communities, a large proportion of which are made up of Brazilians. Programmes include our Latino Seguro project which runs HIV prevention and sexual health workshops and our #vamosfalardesexo HIV campaign.

Tony Furlong, METRO’s Emerging Communities and SPH HIV Manager, said, “I am incredibly proud of our staff and volunteers who have worked so hard to reach and engage Brazilians in the UK through community embedded work funded by MAC AIDS Fund and Public Health England”

Carlos Borges, director, said, "Focus Brazil doesn't only showcase Brazilian institutions and personalities, it also showcases non-Brazilian organisations that contribute to the Brazilian 'environment' and to the positive image of Brazil, which is the case here."

You can watch our Jose accepting the award here (30m:18s)