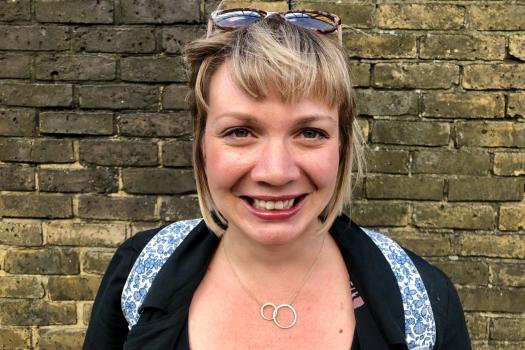 Like many other young, white, middle-class, heterosexual cis-gendered women, I used to think that I could call myself an ally simply because I loved and accepted without question the friends and family I have who identify as LGBTQ+. Every summer I would don my pleather hot pants and bedazzle my face with sparkles to march in whatever Pride Parade was happening where I was living. I spent far too many hours dancing badly to power ballads in gay clubs and drinking watered down cocktails at drag bingo. I was never asked then whether I was an ally, but had I been, I have no doubt that I would have been vociferous in my belief that I was.

So as not to do myself a disservice, I must emphasise that even then, my nod towards allyship was more than tokenistic. I had many friends who identified as LGBTQ+, three of whom honoured me as the first person they shared their sexuality with when they came out. I had one friend ask if I would accompany him to tell his parents he was gay. I had another tell me that my home was the first in which he felt comfortable enough with his sexuality to show physical affection to his boyfriend. I challenged my grandparents every time they referred to my auntie’s long-term partner as her “friend”. I rejected a Christian youth group I had become friendly with when they tried to pray for one of the girls who came out as a lesbian - not to support her journey, but to help her become straight. But at no point did I actively try and do, or learn, or change, or advocate. I thought it was enough just to be.

When I started at METRO in 2013, I was one of a small cohort of employees who did not identify as LGBTQ+. It was the first time in my life I experienced what it was like to walk into a room and not automatically identify with a key trait of most people in it. Though I was not discriminated against or ostracised in any way, I was for the first time “other than”. I felt I had to prove myself as worthy. This was an assumption and a privilege I had previously taken for granted.

Over the past seven years, I have learned that being an ally not only requires a lack of reaction, but also the presence of action. One cannot wholly identify as an ally simply because they do not react negatively to someone’s sexual orientation or gender identity. That is just a basic tenet of human kindness. Rather, an ally must act. An ally must remember that to ally is a verb, and not an adjective. It is the part of the essay that makes the argument for change, rather than the part that describes the problem.

The difficulty, of course, is knowing how to ally well. What does it mean? How does one ally, exactly? I do not pretend to have all the answers but would recommend the following as useful starting point to beginning the process:

This year, Pride in London's #YouMeUsWe campaign is asking for people to pledge an act of allyship. My pledge for Pride 2020 is to raise my son with the above in mind. Of course, this pledge will have to last a lifetime. Unlike my pledge to read more and talk less, this pledge is too important to me not to keep.

I will feel like I have succeeded as a parent if my son knows, intrinsically, that any act of transphobia, biphobia, sexism, or homophobia will not be tolerated in our household. More importantly, I hope to raise him such that he is aware of his privilege, and is given the skills to use his privilege to advocate for change, to challenge what is hateful and discriminatory, and to ally himself - whatever that means for him (or her… or them…).