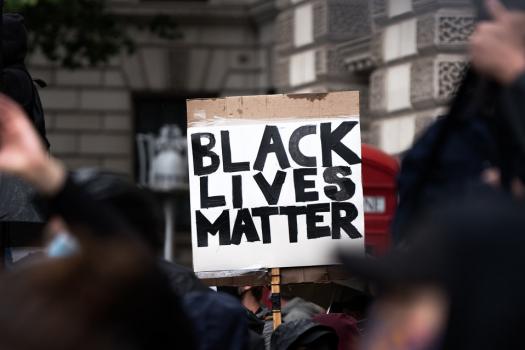 We have been saddened, angered and horrified by what we saw happen to George Floyd in Minneapolis on 26th May. We have taken in the protests, as well as the tributes and the love shared, all in response to an ongoing and endemic injustice which isn’t just found in American, but across the globe.

In the UK we have seen first-hand the impact of social injustice and structural inequalities on Black and minority ethnic communities during the COVID-19 pandemic. As a charity, it is a stark reinforcing of the need to continue to stand up and be heard against racism.

We are a charity that celebrates difference. METRO’s vision is for a world where diversity is celebrated, difference respected and valued, and where optimum health and wellbeing for all is a collective goal.

But health inequalities, as identified in the Marmot Review 10 years on, published earlier this year, have continued to worsen – and racial inequality is a significant factor in that. The Review found that not only has life expectancy in the UK failed to increase across the country for the first time in 100 years, but that for the poorest 10% of women it has actually declined. Also, we have seen an increase in the amount of time people spend in poor health. These are concerning reflections of our current public health and social care policies and the impact of austerity.

In England, the total number of second abortions among Black and minority ethnic women is double that of White women. Black women make up almost 50% of all new HIV diagnoses among women in the UK; while Black and minority ethnic women are 44% more likely to report not attending cervical screening compared with 12% of White British women.  African men who have sex with men (MSM) in the UK are more likely to be diagnosed with HIV later than White MSM.

At METRO, we work to address this throughout our practise, through our frontline services, workshops with service users, professionals, and communities across London and the South East. Working together to improve health literacy, breaking down inequalities, and empowering people to make informed choices.

But we cannot tackle health inequalities without tackling systemic racism. This is all of us, a collective and individual responsibility – our colleagues, our service users, our communities, our society. We will never be truly equal until we have put an end to all forms of discrimination and oppression.