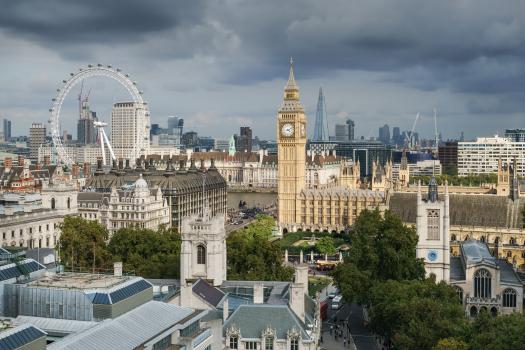 This is a three-year commitment to 12 projects working as one improvement community with the same aims and includes 22 not for profit organisations and nine NHS Trusts. The projects will particularly be targeting more vulnerable or complex groups like people who are homeless, people struggling from loneliness or social isolation, migrants, people with substance abuse issues, women aging with HIV and people from BAME populations.

"We are delighted to continue to play our part in tackling HIV in the capital, leading on three of these 12 collaborative new projects. Building on the solid work that has already been undertaken in London, by ourselves, our partners, local authorities, trust, foundations and our colleagues in other community organisations and charities, this additional coordinated push is exactly what we need to make London the first city in the world to stop new HIV infections."

"Working collaboratively we are mobilising the three new projects METRO is leading on with our partners.

"Working with King’s College Hospital NHS Foundation Trust we will be supporting HIV positive young parents. Helping them to stay on treatment and identifying and supporting treatment of patients lost to services.

"Through our GMI Partnership, which includes Spectra and Positive East, we will be partnering with Doctors of the World UK, Haringey Migrant Support Centre, and Voice of Domestic Workers, to work on early diagnosis and testing, focusing on BAME communities using a mobile bus with onboard clinic room, pop-up testing, plus social media and education for migrant and non-English speaking populations.

"Working with King’s College Hospital NHS Trust and Guy's and St Thomas's NHS Trust, we are creating a mentor scheme working within clinical teams in health services, outpatients and hospital wards to focus on complex and vulnerable patients who have poor engagement with their care. Using a whole person approach to reduce mortality rates and ill health, increase viral suppression and support better HIV management."

“I’m proud that London is leading the way in tackling HIV and is on course to be the first city to prevent new infections.

“We’re committed to ending the transmission of HIV by 2030 and tackling the stigma associated with it, and we continue to share our progress with other cities across the world through the Fast-Track Cities partnership. I’m pleased that this new funding will help to extend our work and I will continue to push for Londoners to be able to access the prevention, treatment and support they need.”

“London is the best city in the world for diagnosing and treating people with HIV, with just 5 per cent of Londoners with HIV undiagnosed. This funding is part of £6 million of NHS funding over the next three years that will help us to do more, getting our capital faster and further towards achieving zero new HIV infections, zero preventable deaths and zero stigma.

“With more people in our city living with HIV than anywhere else in the country we are also committing to supporting those with HIV to live and age well; an important step towards making London the healthiest global city.”

“HIV remains an important problem in London, with the infection impacting on Londoners more than any other part of the UK, particularly among some of the most vulnerable communities.

“The work, over many years, of the HIV community, professional clinical teams, the voluntary sector, local authorities and the NHS has made London a world leader in terms of diagnosis and treatment. Yet with our aim to end new HIV infections in London, it becomes more critical that we focus on the needs of the most vulnerable, including those who are socially excluded or economically disadvantaged. It means doing things differently, working in innovative partnerships with the voluntary sector, and strengthening our outreach programmes to better test, treat and care for those in need. The 12 new projects will provide new insights into how to do this best and invaluable lessons for the whole of London and beyond.”

“London boroughs are proud to be part of the collective effort to end HIV in the capital.

“We’ve made huge progress on reducing HIV in the last decade, but we’re keenly aware that HIV remains a major public health challenge. Boroughs are as committed as ever to working with each other and our health and community partners to continue London’s progress. Together we can achieve zero new HIV diagnoses by 2030.”

“Having grown up with the fear of HIV and lived with the virus for nearly 30 years, it is thrilling to be so close to achieving zero HIV-related stigma, transmissions and deaths in London. The commitment from all the key partners in the Fast-Track Cities initiative is crucial in getting us to zero and the work we are all doing will help us discover and demonstrate exactly how to get there for London, as well as share this with the rest of the UK and cities across the world.”

“Great strides have been made in the last two years to reduce HIV transmissions across London and this new funding will ensure that organisations across the capital can continue to drive forward this important work. NAT is committed to pushing for political action in the fight against HIV and the stigma surrounding it to ensure we can achieve the goal of ending new HIV transmissions by 2030.”

“Recent data revealed that the number of new HIV diagnoses have plummeted across the country, with the decline particularly marked in London. It’s great that our Fast-Track Cities partnership is continuing to make progress and this new funding will keep the momentum going to help realise our ambition of ending new HIV infections in London by 2030.”

The announcement coincides with the two-year anniversary of London committing to the Fast-Track Cities global initiative to end HIV by 2030.

Over the past two years hundreds of people affected by HIV and organisations across the city have worked with Healthy London Partnership to develop and shape a Fast-Track Cities roadmap, showing the steps London must take on the journey to achieve zero HIV.

This past year Fast-Track Cities has secured £6 million from the NHS over the next three years, which includes £1 million each year for the improvement fund and funding to progress other key steps such as tackling HIV-related stigma.

London boroughs play a key role in tackling HIV as part of their public health duties. Since 2014, boroughs have collaborated through their highly successful London HIV Prevention Programme, delivered by GMI Partnership, which provides HIV testing and condom distribution across the capital, as well as the award-winning Do It London HIV prevention awareness campaign.

London has also formed a network with other UK cities, which are part of the Fast-Track Cities initiative, to begin to look at how we work together to end HIV across the whole of the UK.

In September 2019 London was chosen to host the first Fast-Track Cities global HIV conference, which brought together more than 700 political and city leaders from 220 cities around the world to share expertise on meeting the United Nation’s AIDS targets and ending HIV by 2030.