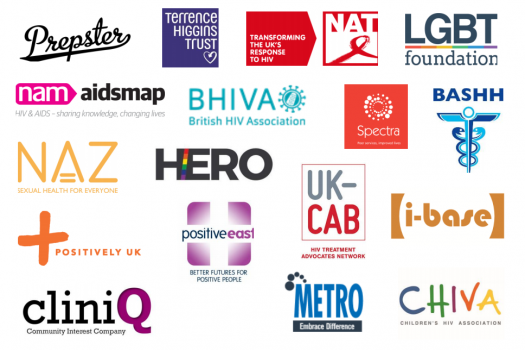 METRO Charity joins 16 other leading sexual health and HIV organisations in calling on Amber Rudd, Minister for Women and Equalities, to urgently intervene to ensure public health funding is increased.

Dear Minister, We are writing to you as sexual health and HIV organisations to express our concern at the current funding situation for sexual health services in England and to ask you to urgently intervene to ensure public health funding is increased in the upcoming Government Spending Round.

As you know, sexually transmitted infections (STIs) and HIV continue to disproportionately affect members of the LGBT+ communities, BAME communities, and young people.

In contrast, England continues to see worrying trends in STIs. There has been a 249% increase in gonorrhoea since 2009, including a 26% rise in the last year. Worryingly, recent years have seen the emergence and spread of antibiotic resistant gonorrhoea, with three cases of extensively drug resistant gonorrhoea identified in 2018. Syphilis rates continue to rise - up 5% from 2017 and are now at the highest number of diagnoses since 1949. Gay and bisexual men and BAME communities disproportionately face the burden of these increases in STIs. Open access sexual health services are essential to prevent, test and treat STIs.

The upcoming Government spending round will set the local authority public health grant for one year only. The Health Foundation and Kings Fund have called for a £1 billion investment in public health spending in 2020-21 to reverse the impact of the cuts to public health budgets.

These funding cuts are directly having an impact on access to frontline sexual health services. Data collected by South East London sexual health clinics indicated that in a one-month period (November 2017), 1094 people were turned away from sexual health clinics in that area as clinics did not have enough capacity to see everyone who needed their services. Over half (54%) of those turned away reported that they had symptoms of a sexually transmitted infection. Data from the sexual health doctors association British Association for HIV and Sexual Health (BASHH) indicates that a worryingly high proportion of sexual health doctors are having to turn away patients because they don’t have capacity to see them.

We urge you to intervene as a matter of urgency and call for increased funding for public health in the upcoming Government Spending Round.