At METRO we strive to reflect and embolden the diversity of the communities we serve and in which we are anchored.

This exhibition reflects on the tremendous value that women and non-binary people bring to the leadership of the charity. Bringing their own lived experiences, as you see highlighted below, alongside their connectivity with communities and their extensive knowledge gained through their practise both within the organisation and beyond.

We asked each person which women and non-binary people had inspired them when growing up. 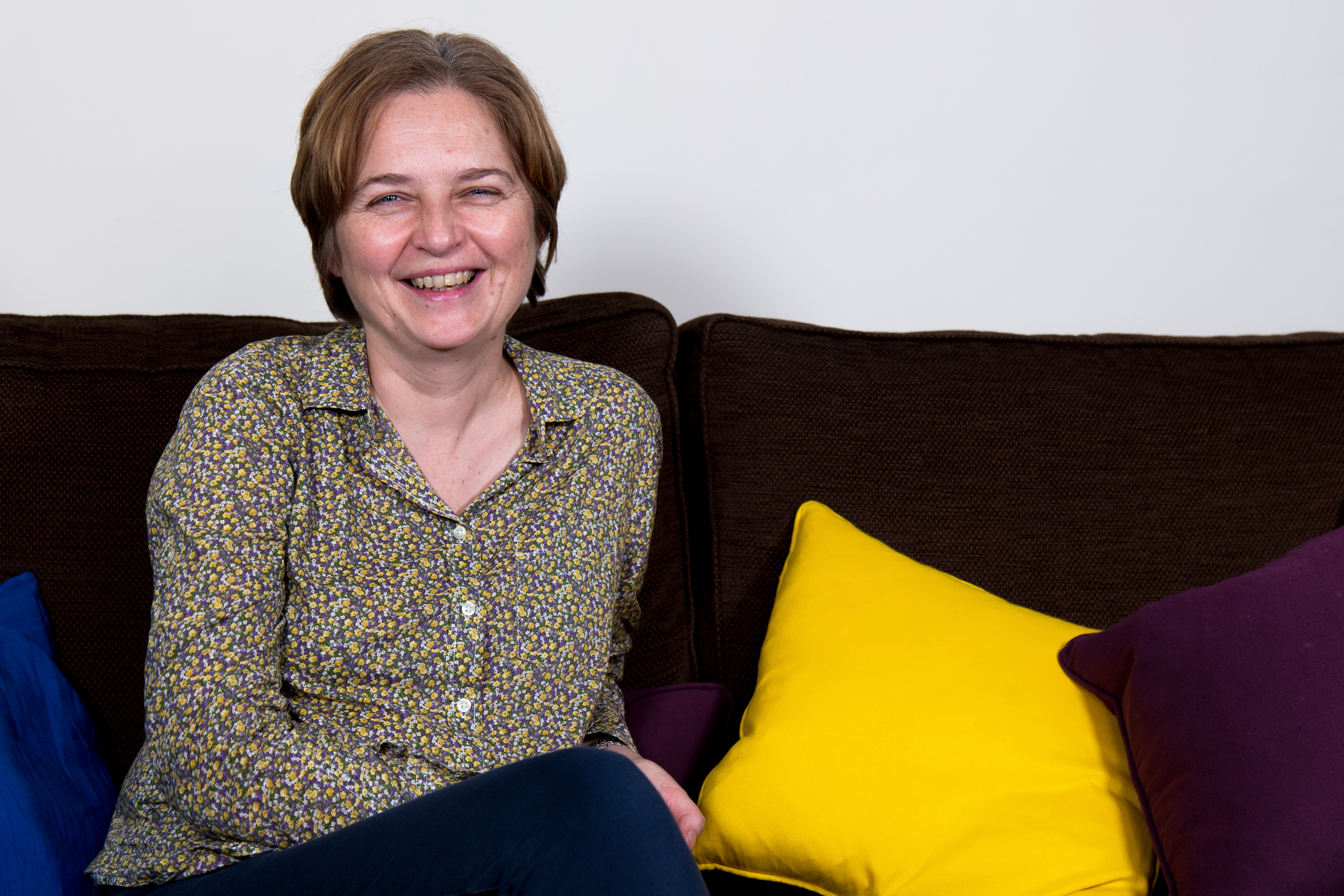 My grandmother, Ann Barnes, she was born in 1908 and spent her young adult life as a carer, firstly for her grandfather and then her children. This meant she was unable to pursue her dream of becoming a nurse.

She repeatedly told me and her other female grandchildren to follow our dreams, not to get married and to have a career as we had opportunities which had not been available to her.

My Grandmother, Mary Leathard was my first inspirational woman – she is an example of gentleness being a strength, and was there from the very beginning of my life as a calming, stable influence, with unconditional love which allowed me to flourish.

I also admire Doreen Lawrence, thrust into the public eye 25 years ago, following the tragic murder of her son, Stephen, in an unprovoked racist attack in Eltham.

Despite the extreme pain she must have faced, she presented herself in a determined, dignified manner in her fight for justice. I greatly admire her tenacity and composure in circumstances where most in her position might have crumbled. Maya Angelou, I loved her writing. She was a strong black woman who came from little and achieved a lot. Inspired me to be the best I can be.

Eartha Kitt, she was again a strong black woman who loved life, had fun and inspired me to have fun. 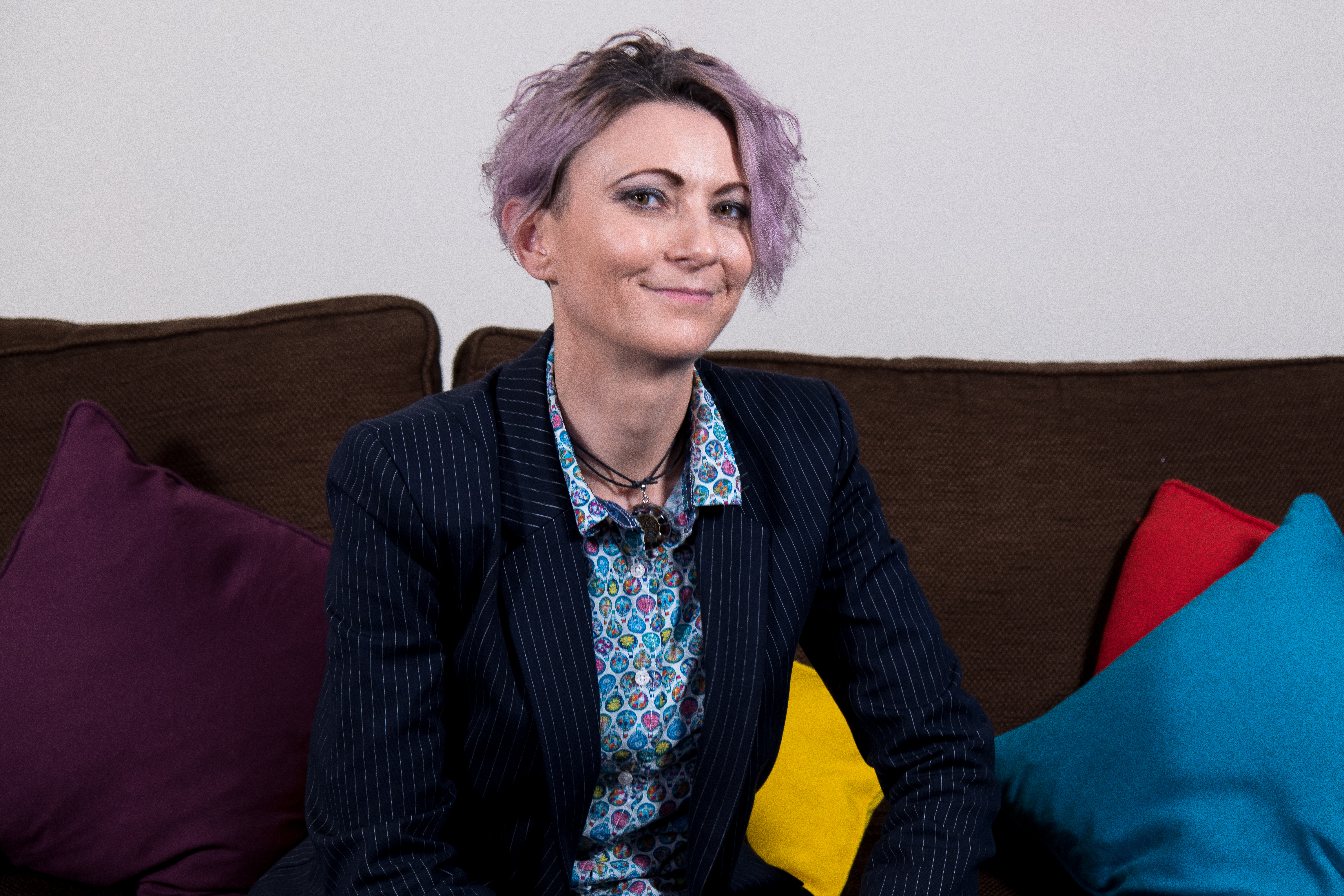 My grandmother was a fierce independent highly skilled individual who held similar views to Jeanette Winterson. My gran believed that all people have qualities that we can utilise, whether viewed as stereotyped ‘male’ or ‘female’ qualities, every person has them. Gran explained to me with wisdom, that anyone who hasn’t been brought up to be a ‘man’ has experienced the world differently. We are taught from an early age to listen, be caring with empathy, show compassion, to be able to multitask, to compromise and to find a peaceful solution rather than to fist fight.

We are often the invisible menders, the problem solvers who busy away behind the scenes at work and at home, the cogs, the backbone often hidden away in patriarchy, which is a shame, as these are the valuable skills needed in management and in the top board rooms.

My grandmother would be laughing at how I’ve managed misogynistic behaviour towards me over the years, from a school leaver experiencing inappropriate sexual advances to ‘mansplaining’ in big board meetings. There would be pride at how gobby I’ve turned out, and how eager I am to have the views of the clients, and my own voice heard, we shared a strong sense of justice and supportiveness for the ‘invisible ones’, and I know, if alive today, my gran would be immensely proud of my achievements and of who I am. There have been so many brilliant women in my life who have inspired me, it is difficult to find one to talk about! Also, when I think about the concept of being inspired, this can be wanting to be like someone or (and more controversially) wanting to NOT be like someone. I have had people in my life whose only drive was to earn more money and push their way to the top of the corporate ladder. They have inspired me to navigate my own sense of success in life which is not motivated by earning more money or climbing any corporate ladder. I am grateful for those women who push the boundaries of gender politics in the corporate world but who have made me realise that my own sense of value lies within the work I do today.

If I had to single out one women it would be my mother. She was a very hard-working woman often having three jobs and three kids to look after. She decided to go back to college in the early 1970s to educate herself after missing most of her schooling in the 50s. She helped everyone in the street and our house was open to anybody who needed support. I then watched her battle bravely with breast cancer when she was only 39, she died at 41 but made such an impact on all she knew in such a short life. 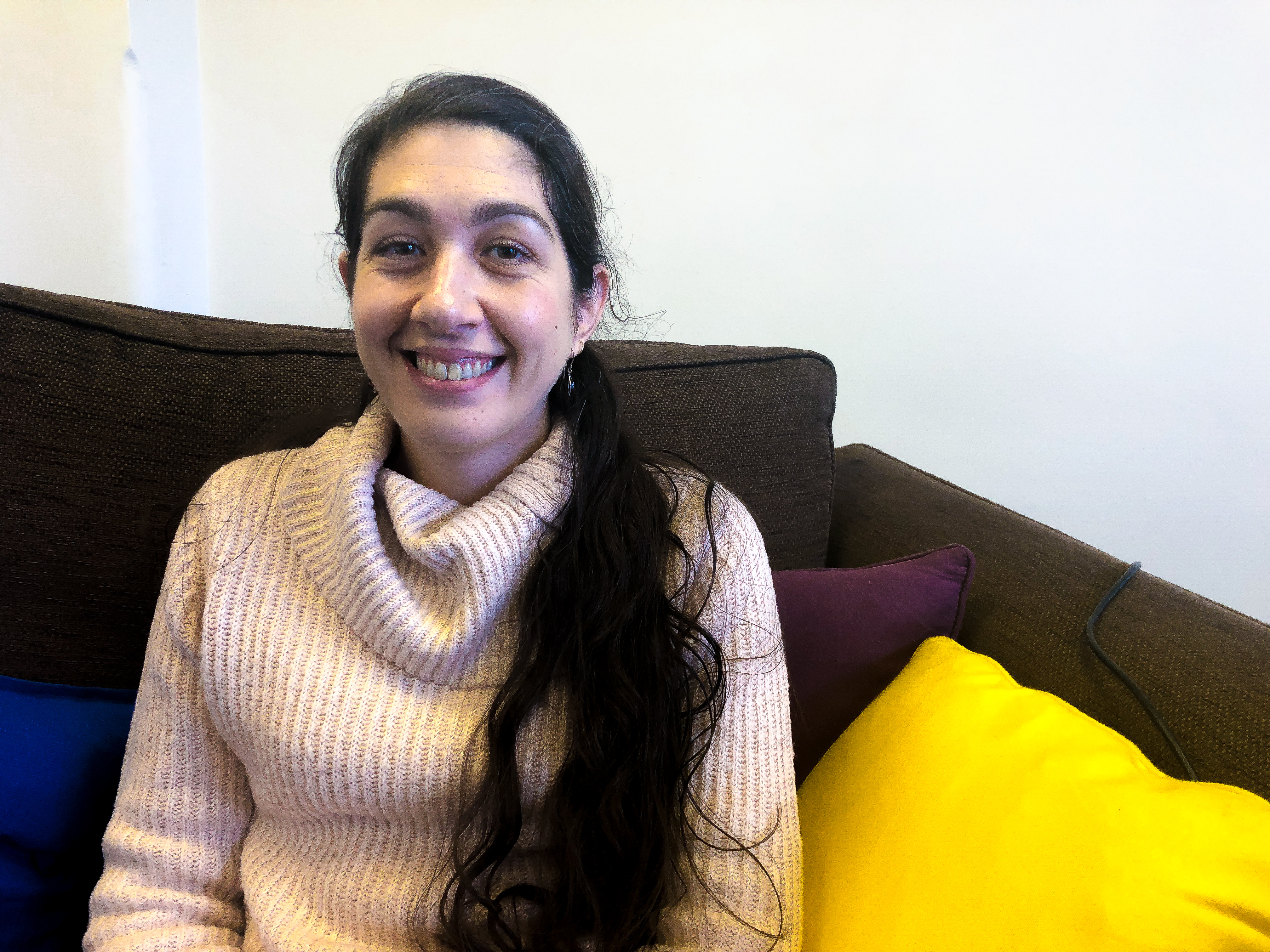 Dr Lilian Nabulime, a Ugandan sculptor and lecturer at Makerere University, who uses art as an educative tool to raise awareness of HIV, challenge gender inequality and encourage social cohesion.

I first met Lilian in 2004 while studying at Makerere; and I have continued to be inspired by her integrity, ability to overcome adversity, and relentless commitment to promote sexual-reproductive wellbeing through creating accessible platforms for discussion through her art. Simone de Beauvoir, I had a romantic view around her relationship and lifestyle and feminism – loved The Second Sex.

Joyce Moseley OBE, she was Director of Social Services for the London Borough of Hackney when I was PA to the Chair of Social Services. Being a senior female manager who was not male, was considerate, stylish, thoughtful, strategic, caring and dynamic – has continued to be my role model into my 50s.

And obviously my mum: strong, deeply committed to social justice and striving to make sure her three daughters succeeded where she was unable – as a teacher in the early 50s she had to give up work because she got married, how far we have come. 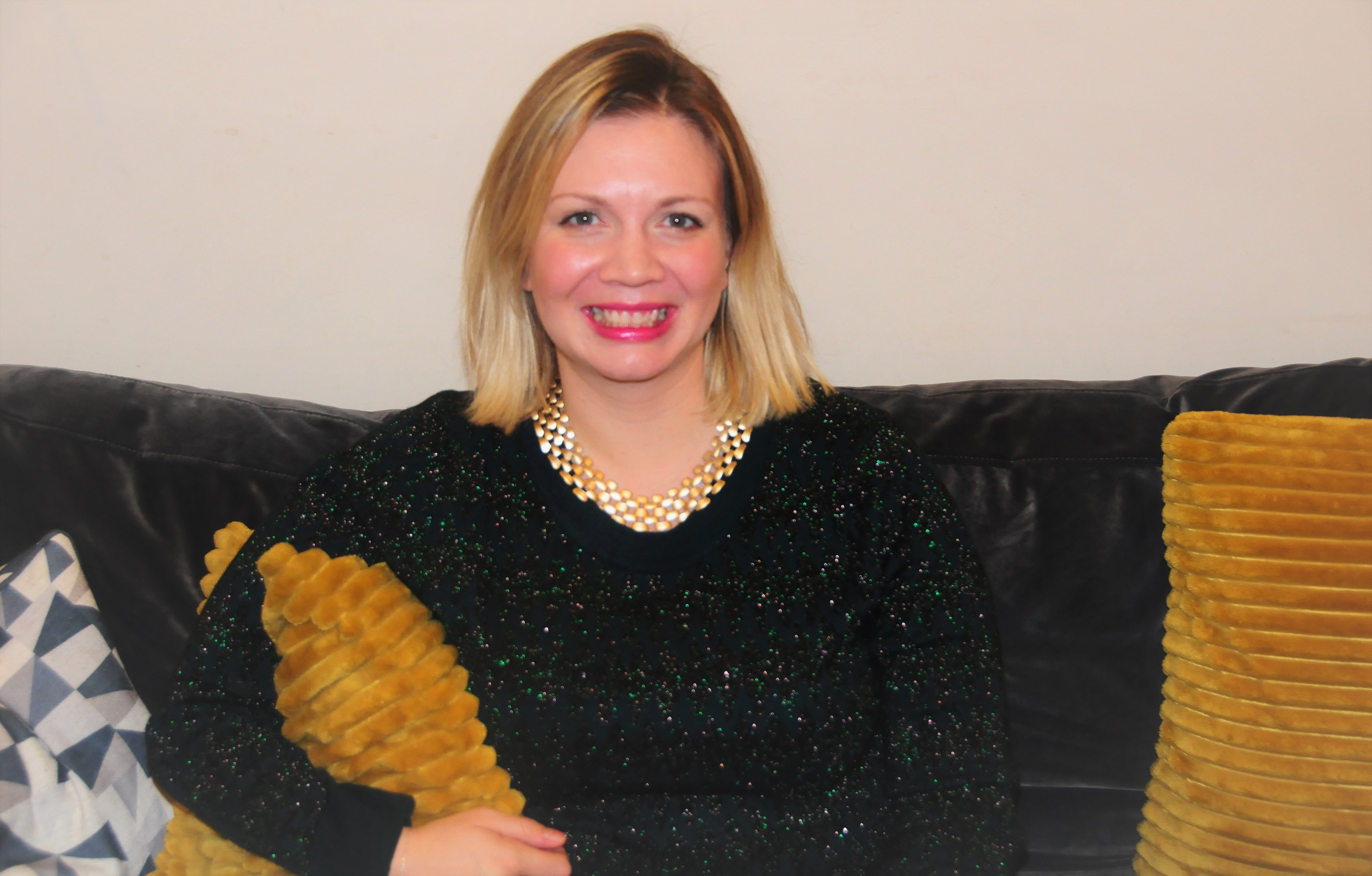 Growing up, I admit there was a paucity of women in my life who truly inspired me. There were women I loved, of course: my mom, my grandmas, my aunties, and my (few female!) friends. Yet none in my early life who showed me by example that it was okay to be female and also to strive – to be different, adventurous, or successful in my own right. I was quoted the old trope that I could “be whoever I wanted to be”, yet expected to conform, be quieter, and defer. That didn’t suit me.

In one of my first jobs, as a border guard, two of my superintendents were female – but I felt they were only successful because they had stripped from their professional selves all things feminine. I saw that to succeed, in that male dominated sector, women were not allowed to be feminine. That didn’t suit me either.

Then I met Dr Marcia Hills – who ran her own research centre, travelled the world pioneering health promotion, sat alongside men on boards and panels, and yet maintained her voice as one that was feminine. She didn’t hide herself to fit in amongst men; she expressed herself and gently but steadily insisted her voice – female as it was – was heard. She hired me and changed the course of my life. She showed me how to stand alongside men and have an equal voice, without deferring, conforming, or being disingenuously masculine. That suited me. 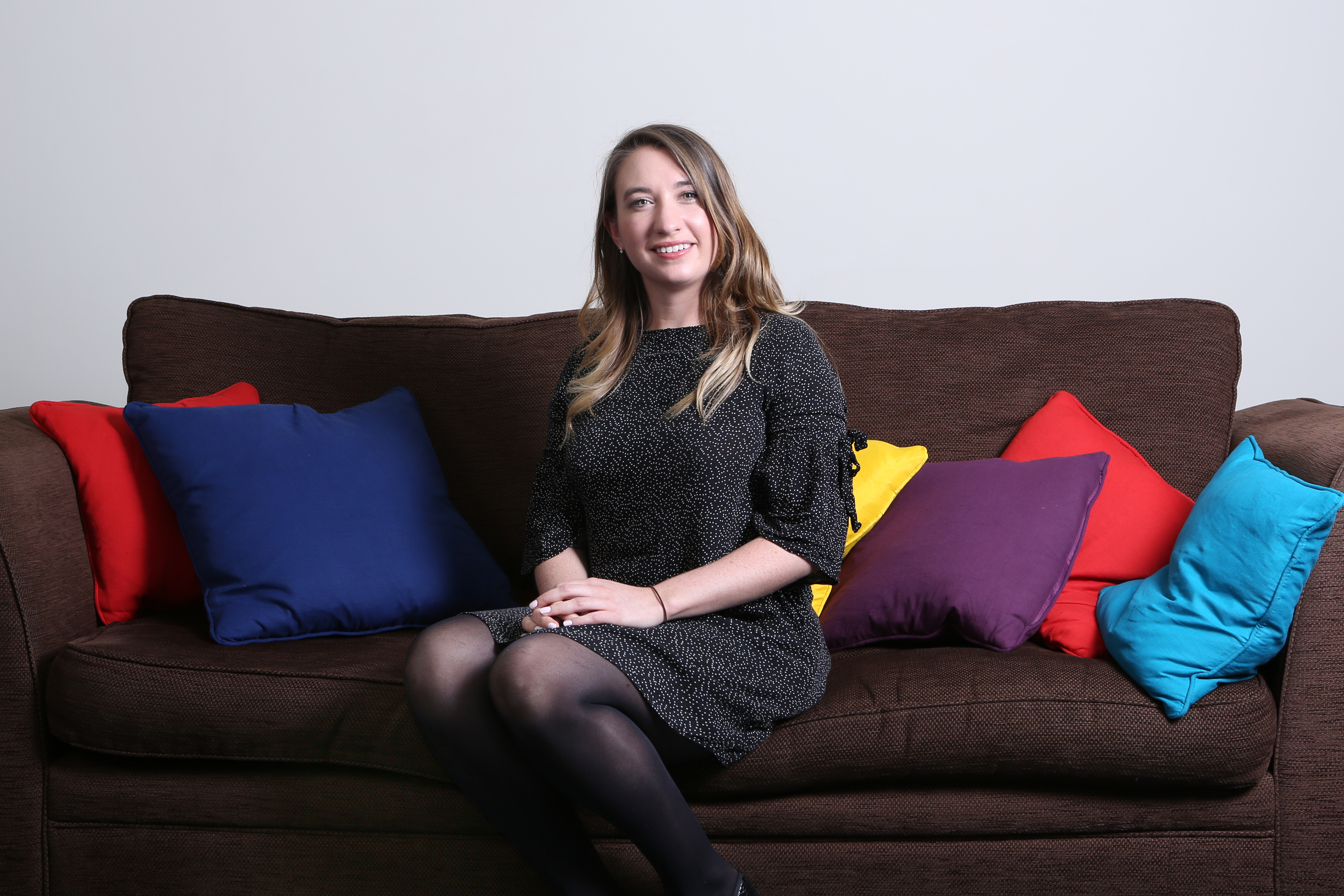 I am so privileged to have been surrounded by warm, loving and courageous women growing up. My granny has the biggest heart and taught me what unconditional love was. My mother taught me about female strength, empowerment and never giving up. My Aunty Nora, who has just this year passed away aged 91, inspired me by being a fierce, strong and independent feminist, and making an exceptional brunch cocktail.

My best friend Hazel inspired me while growing up and continues to inspire me now. Her warm genuine nature, and the fact she always looks for the good and human in people is something I aspire to implement in my own life and work. 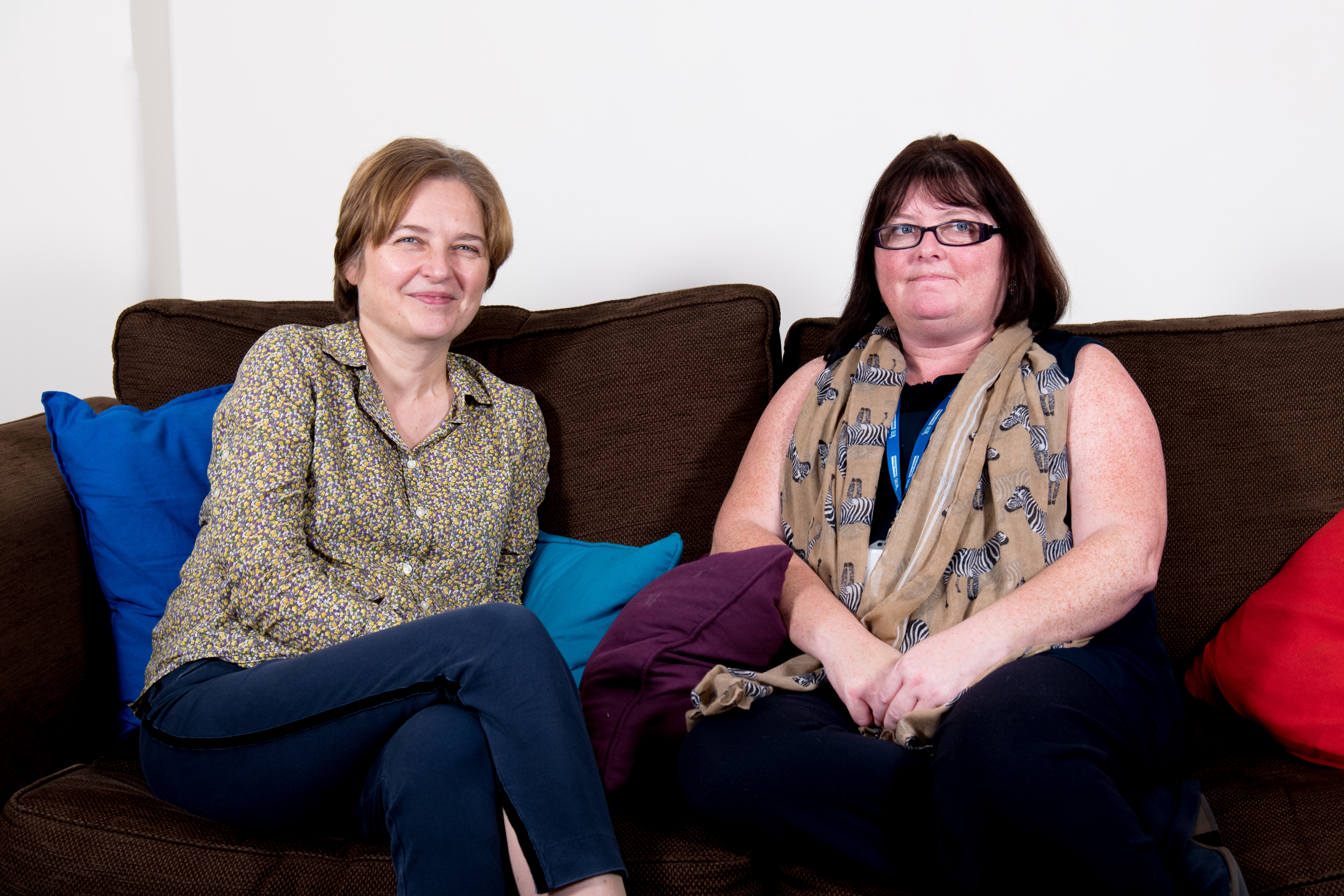 Women who have inspired me are my mum and grandmother who have shown me that women can be strong and achieve their goals no matter their background, by hard work and determination.

I would like to think I have inspired my daughter through my achievements in life as a single parent, which will encourage her to follow her dreams and realise that anything is possible. I have been most influenced by my mother. She always demonstrated power and femininity, giving me a positive message of my strengths and abilities. I was always led to believe I could fly like a rocket through the glass ceiling.

My mother influenced my values, as a result social equality and justice are at the core of everything I do. It’s why working at METRO was as much about the role as it was about the integrity of the organisation.

I believe METRO are making an important contribution to ensuring there is equality of access to sexual health information and support and I am proud to be part of that work. Many women have inspired me in my life, however Oprah Winfrey has always and still does inspire me. Especially her strength to overcome barriers and support others. 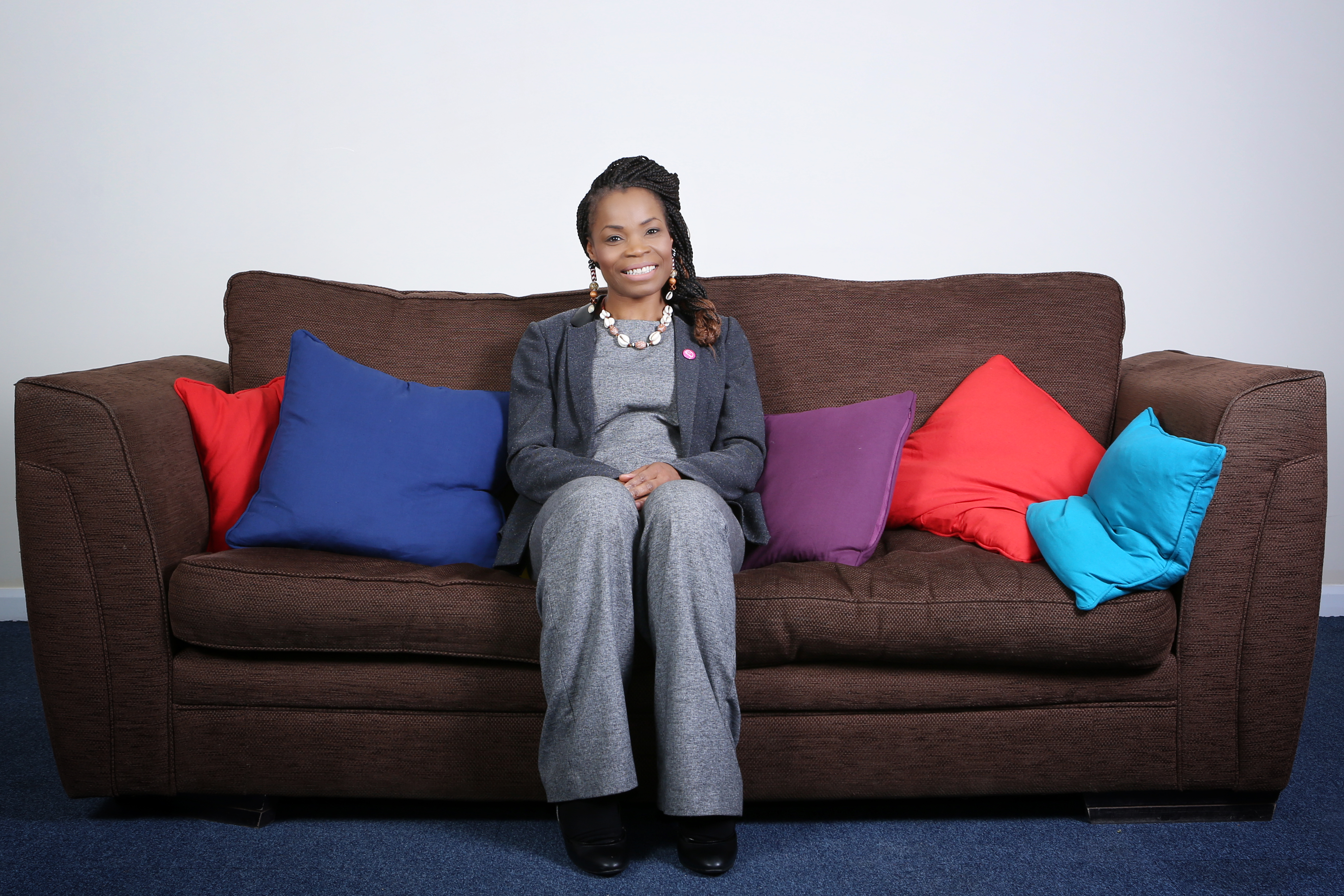 My inspirations are: my mum who raised, with my father, ten children all two years apart. In the very face of adversity they did an incredible job and I could only wish to be half the woman my mum is.

My other icon is a lady I named my first daughter after; Maya Angelou, for her literature, poetry and film, just all round creative literary genius who took my imagination to worlds where I learnt so much about womanhood.

Also Michelle Obama because behind every great man is an even greater woman.

Finally, Oprah Winfrey for her multi-talented entrepreneurial existence that has shown me over the years that “I can”. There are now famous people who have come out as non-binary like Tyler Ford, Jack Monroe and Ruby Rose. But really my role models now are my close non-binary friends and allies who have taught me to be proud of who I am and live from that place. In the 50s, there were no role models who broke the mould. We were encouraged to be teachers, secretaries, carers, housewives and mothers – stifling! Later I took my inspiration from revolutionary women who challenged everything, Angela Davis, Frida Kahlo, Germaine Greer and women artists and writers.

Today I am always inspired by the thousands of women making a difference and championing change in small charities, women leading not-for-profit organisations. I was inspired by the generations of women in my family I was surrounded by, particularly my nan, mum and her sisters. They’d all grown up in difficult circumstances and had each faced a lot of adversity in their lives. The combination of their emotional support and practical skills gave me a lot of resilience and self-reliance.