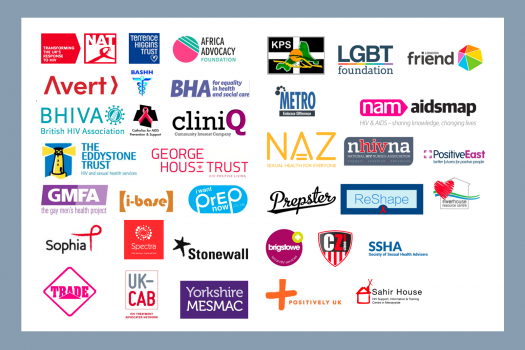 METRO has signed this statement with other community organisations:

PrEP (pre-exposure prophylaxis) prevents people getting HIV and is almost 100% effective when taken as prescribed. It provides protection to the many people who continue to be vulnerable to HIV, both in the UK and around the world. The drug has been proven to be cost effective when measured against the cost of lifelong HIV treatment and care.

A large-scale study of PrEP is taking place in England (the PrEP IMPACT trial). This has made PrEP available to some people on the NHS - but numbers on the trial were originally capped at just 10,000. Within only six months of this three-year trial commencing, many participating clinics had had to close to any further recruitment of gay and bisexual men. The result was many people were turned away from clinics who were in need of PrEP - some of them getting HIV as a result of not being able to access PrEP when they needed it.

By June 2018 over 7,000 people had been recruited and NHS England announced it was considering a proposal for a further 3,000 places to be made available on the trial. Whilst welcome, this provides only temporary relief. With continuing high demand for PrEP, clinics will again be full and turning people away within a few months. It is therefore not a sustainable solution.

We acknowledge some local successes of trial sites engaging with other groups who could benefit from PrEP, including trans people, BAME communities, women and heterosexual men. However in a national context there have been limited efforts to engage these populations. We therefore also believe there is a clear equalities deficit within the trial.

NHS England have committed to the provision of PrEP. With the trial only beginning in October 2017 and due to run for three years, we cannot wait until late 2020 to do something about the current situation. We need a national programme as soon as possible to ensure PrEP is made available to everyone in England who needs it.

A national PrEP programme will not only meet actual need but also provide welcome assurance to those currently accessing PrEP through the IMPACT trial that they will be able to continue to access PrEP once the trial ends.

NHS England and local authority commissioners must start the process now to ensure PrEP is routinely available in sexual health clinics by 1 April 2019 at the latest. Both NHS England and local authority commissioners should agree and disseminate as soon as possible a timetabled roadmap of the necessary decision-making process. In the meantime a solution must be found to ensure no one in need of PrEP is turned away.

There is nothing to prevent the trial continuing even whilst, in parallel, routine provision of PrEP begins. The trial is asking valuable questions and both interim analysis later in 2018 and then further results can inform ongoing planning decisions.

The numbers on the trial were in line with estimated projections of eligibility and demand for PrEP made by NHS England in its earlier planning. Now it has become clear that need and demand were significantly underestimated, NHS England must honour its commitment to commission PrEP in a national programme. The trial was never proposed by NHS England as a means to only partially meet need.

PrEP has to be planned by NHS England and local authorities working collaboratively. It will be as important for local authorities to plan the PrEP service to ensure it is integrated with other vital prevention and testing efforts, and is promoted to all those at risk of HIV, whether gay and bisexual men, trans people, BAME communities, women or heterosexual men.

This Statement was first published in July 2018 and was revised in September 2018. We welcome support from other organisations. Please email yusef.azad@nat.org.uk if you would like to express your support by adding your logo to the statement.