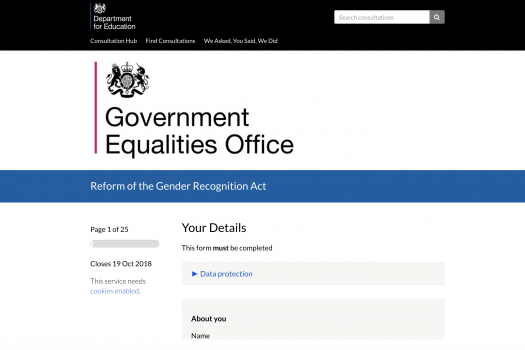 There is much progress still to be made across the LGBT communities, but for trans people in particular, there remain serious legal gaps that need to be addressed before we have full equality.

Having the ability to change name and gender on birth certificates makes it easier for trans people to get a new job, get married or change their records. While it was ground-breaking when first introduced, the reform consultation is a key and unique opportunity to update this legislation and make a real difference.