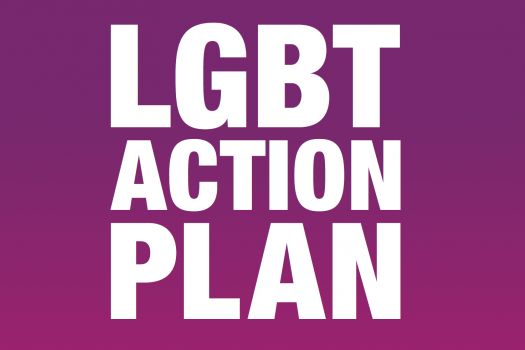 The plan responds to the largest national survey of LGBT people in the world, that took place last last year, which with the support of organisation such as ourselves had over 108,000 respondents.

The plan has over 70 other commitments, including appointing a national adviser to reduce inequality for LGBT people.

The government has pledged £4.5million of funding to deliver the plan.

"This survey shows that LGBT people are still experiencing prejudice on a daily basis, and that despite great advances in LGBT equality, there is more work to be done.

"More than two thirds of respondents said they avoided holding hands with a same-sex partner in public for fear of a negative reaction, while 23% said people at work had reacted negatively to them being LGBT and over half of those who accessed or tried to access mental health services said they had to wait too long.

"We are delighted that the GEO has used this ground breaking data set to develop a plan with concrete steps to improve the lives of LGBT people.

"We look forward to continuing to work collaboratively with Government, the GEO and our colleagues in the charity sector to bring this action plan to life."

"was struck by just how many respondents said they cannot be open about their sexual orientation or avoid holding hands with their partner in public for fear of a negative reaction. No one should ever have to hide who they are or who they love."

"Everyone in this country should feel safe and happy to be who they are, and to love who they love, without judgement or fear."