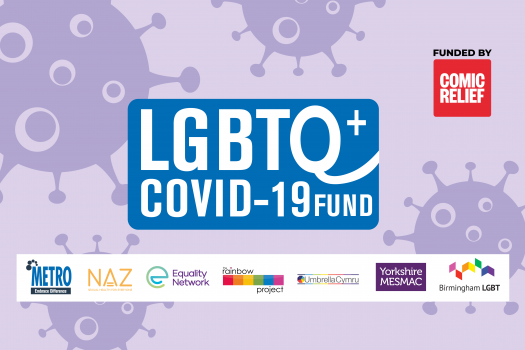 Helen has been a part of the Welsh Gender Service since September 2018 and is the Service Manager. The Welsh gender service is provided by Cardiff and Vale University Health Board as an all Wales service for trans and non-binary people across the country.

Helen has been integral in getting the service to where it is today and was a natural choice for this role having been the chair of the health board’s Rainbow LGBT+ FFlag Network from its inception.

Previous to this role, Helen was a senior performance and information analyst and thoroughly enjoys analysing data and information. The grant process is something that Helen was very keen to be a part of as she is passionate about delivering services to LGBTQ+ people.

“I’m excited to get stuck into the applications to analyse the detail and the impact they will have.” 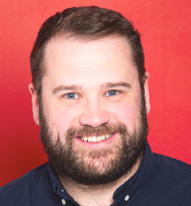 Richard Hills is the co-founder and Managing Director of Patter, a full-service marketing agency based in South Wales. Patter helps businesses win new customers, make more money, and scale to new heights. With a varied background in a number of industries spanning almost two decades, Richard has a deep understanding of what makes a business tick.

Richard has been an entrepreneur from a young age, and has worked tirelessly to develop his own businesses, as well as support, advise and guide others to achieve results.

“I’m looking forward to meeting all applicants and hearing about their great ideas. I’m also keen to offer any guidance that could be useful towards the development of services for LGBTQ+ people in Wales” 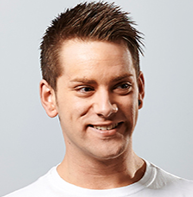 Nick is the founding Director of Umbrella Cymru, a gender and sexual diversity specialist support service that offers information, emotional and practical support, advice and guidance and much more to people in Wales.

Nick created Umbrella Cymru in 2014, beginning as a small signposting service on social media, but it quickly grew to a national support service receiving an average of 60-70 referrals for support per month.

Nick has a masters in equality and diversity and specialises in gender and sexual identity, diversity, equality and inclusion. He is also a CIPD qualified trainer and has run his own training, consultancy and coaching business for over 10 years.

Nick has many skills and extensive knowledge and experience in the field, particularly in relation to business, support sector, diversity and inclusion, hate crime and domestic abuse. He is IDVA trained and provides specialist support to LGBTQ+ people who have experience domestic abuse or hate.

Umbrella Cymru also works in partnership with Cardiff and Vale University Health Board to provide the Welsh Gender Service, a national health service for trans and non-binary people in Wales. The partnership is fundamental to the effective delivery of the bio-psycho-social model to ensure people can access support whilst waiting for clinical, medical or surgical intervention.

Nick has previously worked for central government in Wales in a number of roles including education, economy and transport, CAFCASS Cymru, and the Care and Social Services Inspectorate. Nick has a sound knowledge of inclusion and social policy and is keen to continue to contribute to positive developments in these areas.

Nick is an adopted adult and for many years sat on adoption and fostering panels. He particularly enjoyed receiving applications and assessments from LGBTQ+ people, and promoted inclusion throughout.

Nick has previously been the Chair of the Independent Advisory Group for Gwent Police, and is a member of the CPS Local Scrutiny and Involvement panel. Both of which aim to promote diversity and inclusion in the criminal justice system.

“I was thrilled when we were asked to work in partnership with such amazing organisations across the UK to deliver much-needed funds to LGBTQ+ groups. It’s great to see Wales receive funds at such a turbulent time for our groups and services.” 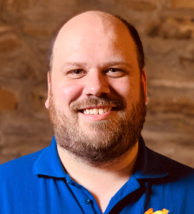 Gareth ‘G’ Tanswell has been actively working in the field of equality, diversity and inclusion for over 10 years both by assisting his own employers in the public service sector to shape inclusive policies for their stakeholders and staff, and he also holds roles focusing on Inclusion in the voluntary sector. G is currently a police sergeant in Gwent Police force, having spent many years in Dyfed-Powys Police previously.

G is a Pastoral Leader and Trustee of The Gathering - Cardiff, an inclusive church that meets weekly in Cardiff and serves the communities of South Wales. The Gathering aims both to serve the faith and pastoral needs of its own growing church family, whilst also assisting other churches and places of worship in South Wales to adopt inclusive practices, giving them opportunities both to promote themselves through initiatives such as the #FaithTent at Pride Cymru, but also through other opportunities such as the upcoming Inclusion Conference. www.thegatheringcardiff.org

Having recognised his passion for inclusion, together with his lifelong membership of The Scout Association, where he has undertaken a variety of roles, G was appointed last year as the Inclusion Commissioner for ScoutsCymru where he liaises directly with those in charge of Scouting provisions throughout Wales. Together with local Inclusion Commissioners, the aim is to further ensure that Scouting becomes more inclusive and shaped by our communities. Together with his growing team, G is working with the staff support group at ScoutsCymru to extend the reach of Scouting, to widen the participation of its existing membership, and to develop training and resources for its volunteers. www.scoutscymru.org.uk

“I’m absolutely thrilled to be taking part in this grant process to further develop the provisions of inclusive groups and organisations in Wales.”

This panel in convened by Umbrella Cymru and supported by METRO Charity.